Not too many photos for this one sadly – I was using a borrowed camera and wasn’t very accustomed to using it.

Following a usual, fairly common gathering in the local pub, we headed across to the bridge to see to business. We all agreed we’d been putting this off for far too long, so knew that there was nothing to it but to do it.

As we approached the bridge, we could see the familiar glow of a CCTV monitoring screen in the security office on the Clifton side. We knew that throughout this escapade we would be featuring on at least one of these monitors, but dwelling on that fact doesn’t do the nerves any good whatsoever. Being nearly midnight, there was next to no one around, and cars were a rarity so two people loitering would be sure to attract attention from one of the night guards? Well we’d find out soon.

The door to the bottom of the scaffolding had one simple code lock on. Whilst it’s fairly easy to crack these locks, we couldn’t afford to spend minute after minute stood by the door doing so. We tossed a coin, and loser would bolt over the top of the door and open it for the other one. I won (for once), so stood nearby keeping an eye on the hut for movement whilst the deed was done. 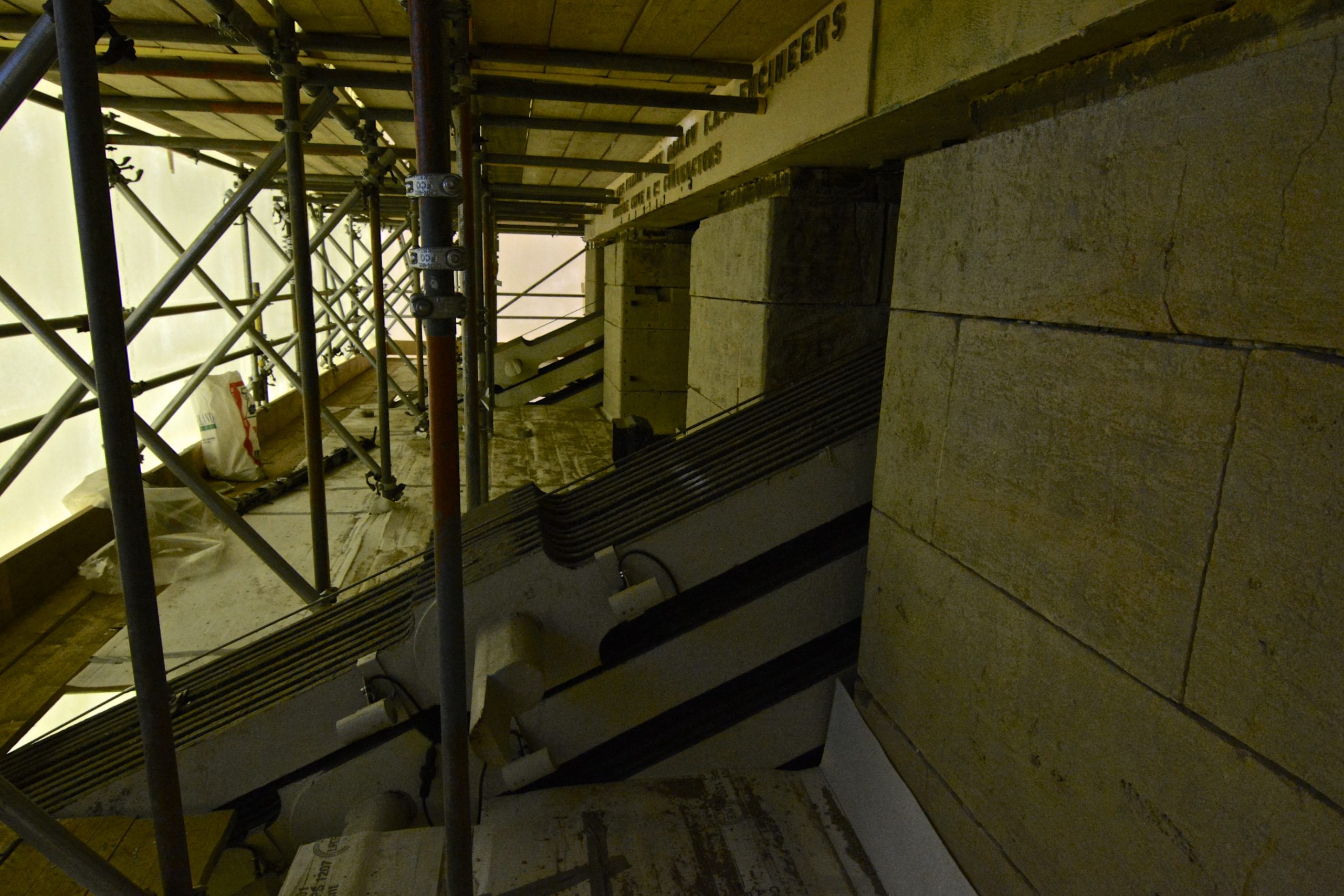 It was all over in a matter of minutes, and before we knew it, we were at the top. Well executed – just how we like it. That being said, it was nigh on impossible to keep quiet once at the top, as there were bits and bobs lying around everywhere, just waiting to be kicked.

The security guard did come out for a cigarette whilst we were at the top. Luckily we noticed, so were able to get to a more discreet position and observe him as he did so. He looked up a couple of times; was he suspicious? We’ll never know, but after five minutes he was safely back in his office so business could resume. 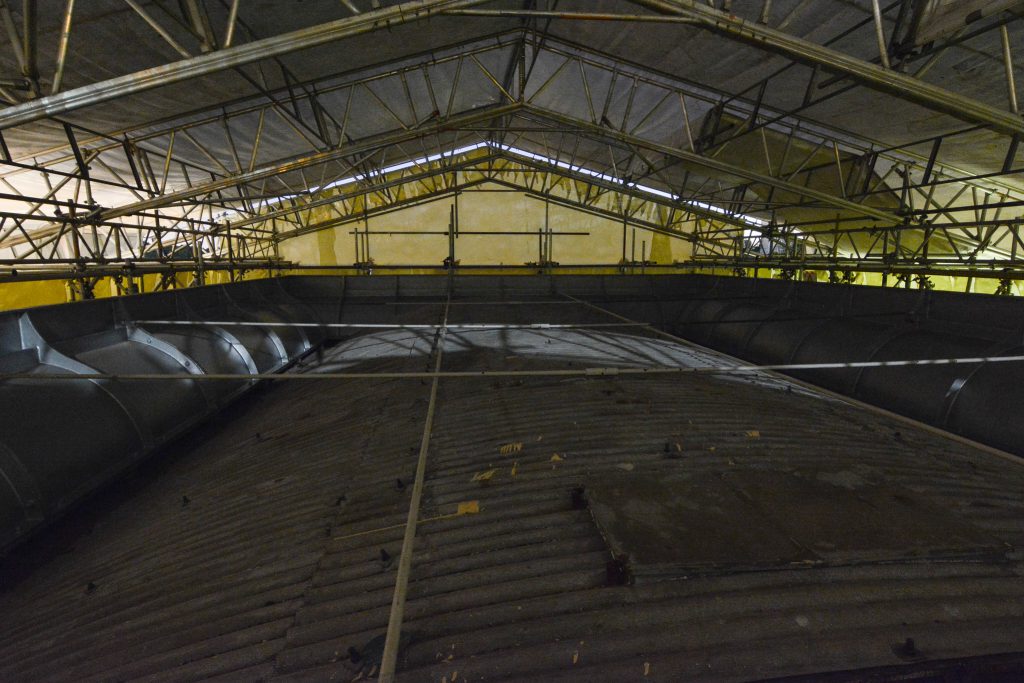 The scaffolding has long gone now. The only way you’re going to get up to this point is by walking up the chains. I’m not saying you should, more just that it has been done…